The raw food diet has a different perspective from the macrobiotic diet when it comes to eating food raw or cooked. While raw foodies suggest that we should always eat food raw, macrobiotic people suggest we should mostly cook food since eating raw food can be too yin.

Which should we listen to?

Well, that is what I am talking about in this series, so stick around. 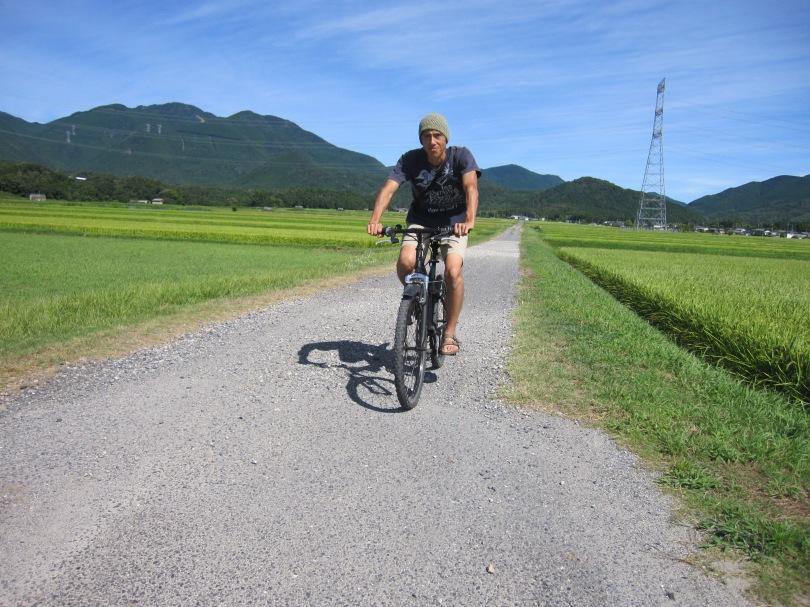 My name is Sachiaki Takamiya and I am the author of IKIGAI DIET: The Secret of Japanese Diet to Health and Longevity. I have also written books called IKIGAI BUSINESS: The Secret of Japanese Omi Merchants to Find a Profitable, Meaningful, and Socially friendly Business,  and Zen and a Way of Sustainable Prosperity: A Teaching of Omi Merchants Who Thrived In 18th Century Japan. I help people lead a lifestyle to stay healthy, conduct a business that you can enjoy and benefits society at the same time, and be successful at your mission so that you can grow spiritually, as well.

What do I think of the raw food diet?

I think it is a good idea in general, if many people have improved their health through this diet and some of them have even cued diseases like diabetes. My stance in life is that people should do whatever they want to do, and whatever they feel right to do, or comfortable doing. That includes diet, too. Why not? Eat whatever you want.

Also, what is suitable is different from persons to persons, and you can’t say this is the right diet for everybody. It all depends on where you live; whether you live in the temperate zone or the tropical zone, wet climate or dry climate; your physical condition; and lifestyle.

Therefore the raw food diet can be good for some people but it may not be suitable for others.

There are differences between macrobiotics and Ikigai Diet, but there are a lot of similarities between the two since we are both based on the traditional Japanese dietary culture.

Shindofuji is one of them. It is a concept that we should eat locally grown food and food in season.

Macrobiotics believes it is desirable for our bodies to do so. I think so, too, and I also think it is more sustainable to do so.

I don’t know whether it is the correct approach in the raw food movement on the whole, but I have seen quite a few videos where people who claim to practice a raw food diet eating a lot of fruit each day including tropical fruit; a half watermelon for breakfast, 5 or 6 bananas and a fruit salad consisting of mango, watermelon, pineapple, strawberries, grapes, and raspberries, along with a vegetable salad in one day. I was very shocked by the amount, but they said it was necessary to gain enough carbohydrates just from fruit and vegetables.

A lot of people think, wow! it must cost a fortune to be on a raw food diet, but that is a consumers’ point of view, I think about the production side; it must need a lot of work to produce that much fruit and vegetables. Since I started a sustainable lifestyle, I always think about the self-sustainability of the food production.  Even though you don’t go completely self-sufficient, and buying some food from local farmers, you still need to know how much work and effort are required to produce the food you eat, in order to measure the amount of grains, vegetables and fruit you can eat in a day. If you eat a half watermelon every day, you are eating 3 to 4 watermelons a week, and 12 to 16 watermelons a month. And you know what? It is very difficult to grow watermelons. How about bananas? If you eat 5 bananas a day, you are eating 35 bananas a week, and 140 bananas a month. I have never grown bananas so I don’t know how much work is needed to produce that amount.

Let’s take an example of living in Japan. You can’t produce bananas locally. You can produce watermelons but only in summer time. Most fruits are harvested at a certain season and not available throughout the year, it is hard to follow a raw food diet if you want to eat only locally grown fruit. It is the same for vegetables; in winter, we don’t have a lot of vegetables. It is probably possible to find some seasonal fruit and vegetables in most seasons if you are eating a little bit of each a day, but if you are eating as much as those people in the videos, that is impossible.

One great thing about grains is that you can store them. All fresh fruit and vegetables go rotten after a certain period. Even potatoes and onions can last up to 6 months. Rice for example can last about 3 years and therefore it is possible to make it your staple food and eat it every day.

Also the majority of our agricultural lands consists of rice fields, and it is the most natural thing to grow rice in Japan. Rice can be grown almost everywhere in Japan except Hokkaido, while fruit can’t.

It doesn’t apply to you if you live elsewhere, but you can think about it in your land, too. What kinds of crops and vegetables are suitable in your climate, and how you can store them. If you live in the temperate zone and consuming a lot of tropical fruit like bananas, pineapples, and mangos, you would have to rely on imported fruit. I think many of them are grown in big plantations, which means they are produced as commercial crops and it is unabling the locals to practice a polycultural self-sufficient farming.

It is a point to think about and if you want to practice a raw food diet, maybe you can find ways to eat mainly regional fruit and vegetables. And instead of going 100% raw, if you include some grains to gain calories you need, you won’t have to eat so much fruit. For example, oats can be grown in most countries in Europe and North America, can’t they? You can eat oats raw if you soak them in water or soymilk(soy milk can be made without cooking beans).

If you want to know about localization, you can read the post below

Anyway, I don’t think it is to do with the raw food diet, but the way some people practice it because I have also seen videos of people who have different approaches in their raw food diet practice.

One of the reasons why raw foodies seem to think eating raw is better is that you can gain enzymes from raw food. Okay, let me talk about enzymes in the next post. Actually it will be two or three posts later since I have to cover other topics first.

Macrobiotics vs. Raw Food: Why Isn’t the Raw Food Diet Good According to the Macrobiotic Diet?