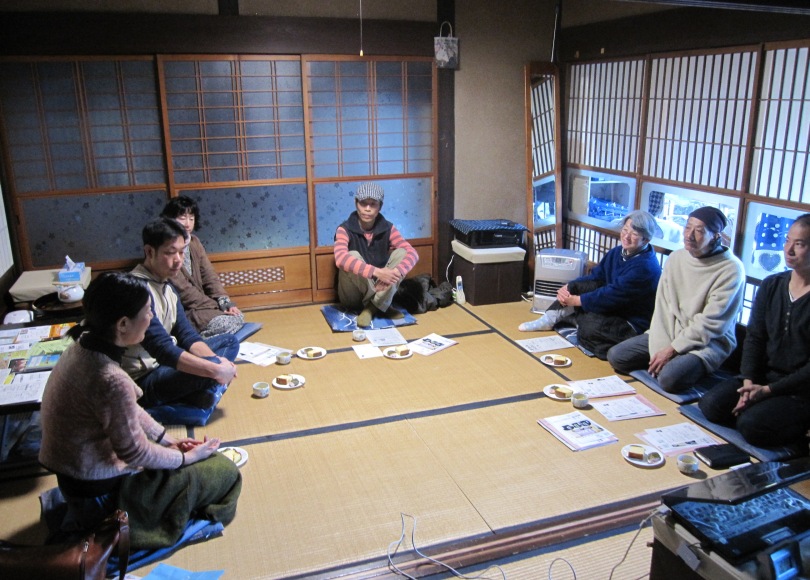 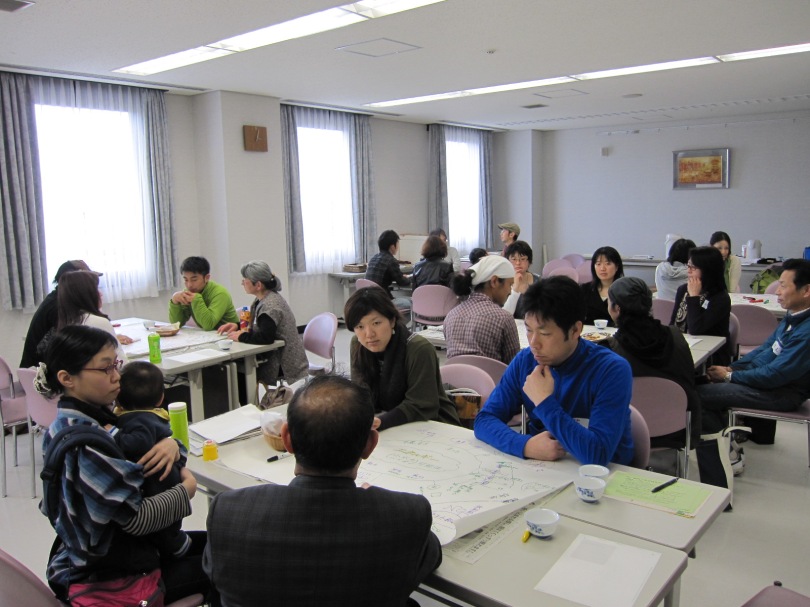 It began in 2012, after holding a world cafe, where we exchanged ideas to shift our town to be a more sustainable and exciting place to live. 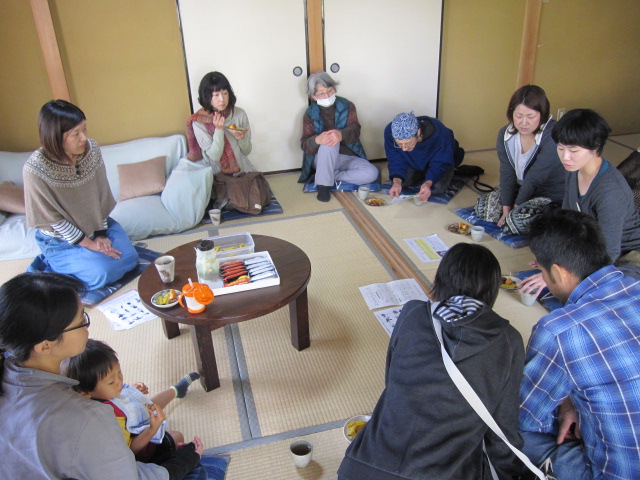 The network consists of about 20 members who live in Hino town and are interested in sustainable lifestyles.

What we do is just get together once a month at someone’s house and communicate. That is the main thing and we don’t do anything else as the network. We also have our mailing list and if anyone has an announcement, he or she can post it there. 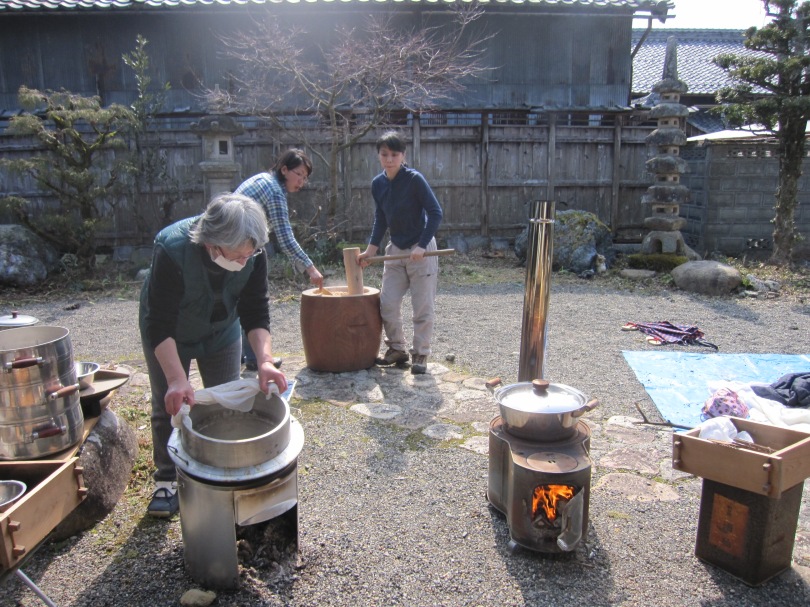 We all live separately but close enough to see one another often. Some of us get together to make Miso or work in the rice field or let our children play together. 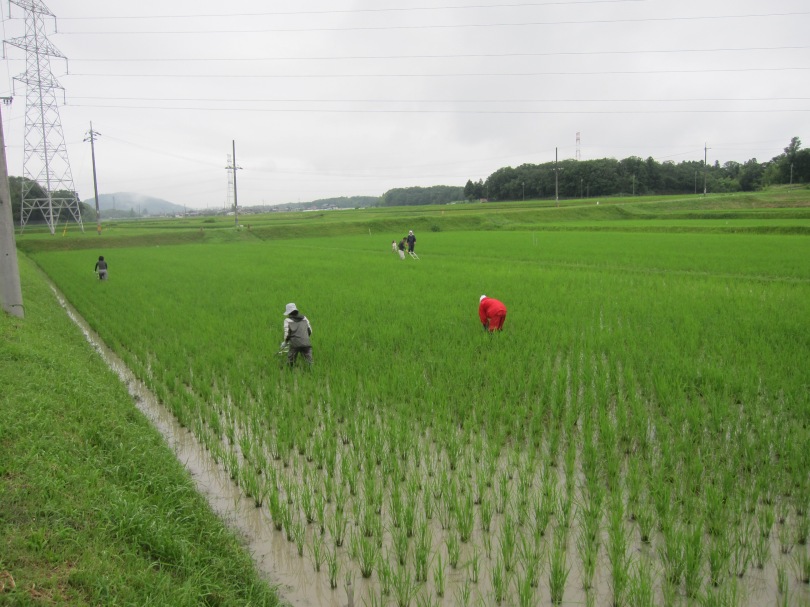 This is the rice field some of us shared last year. 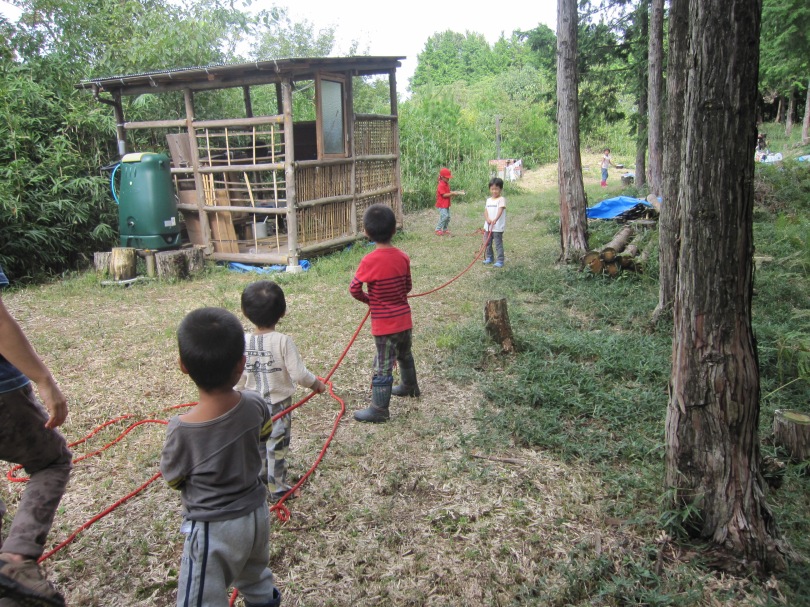 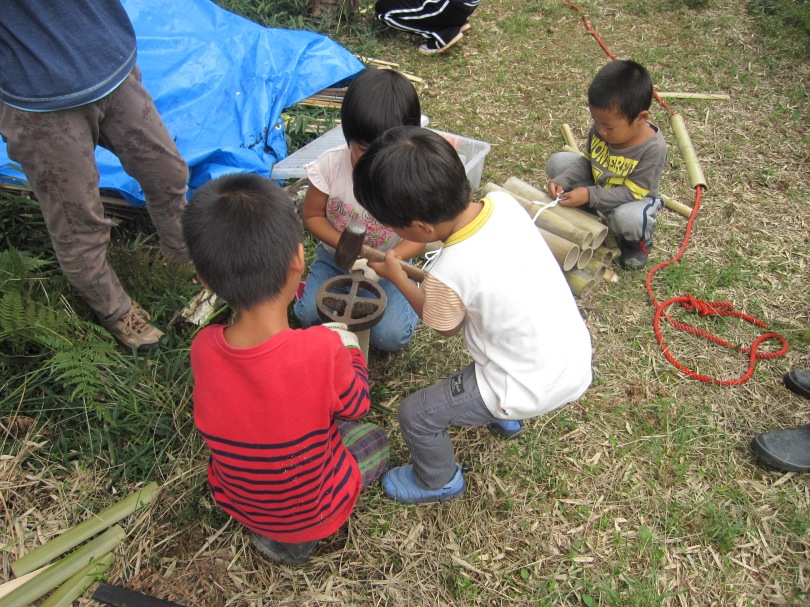 This is a playground in the forest some of us are running. 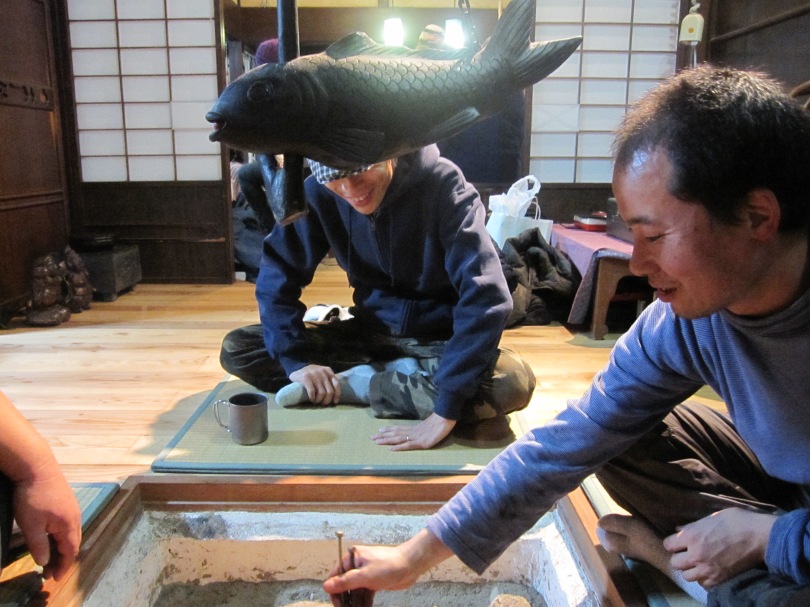 Occasionally, we have parties at someone’s house. Most of us live in old traditional style houses so the parties are exotic. 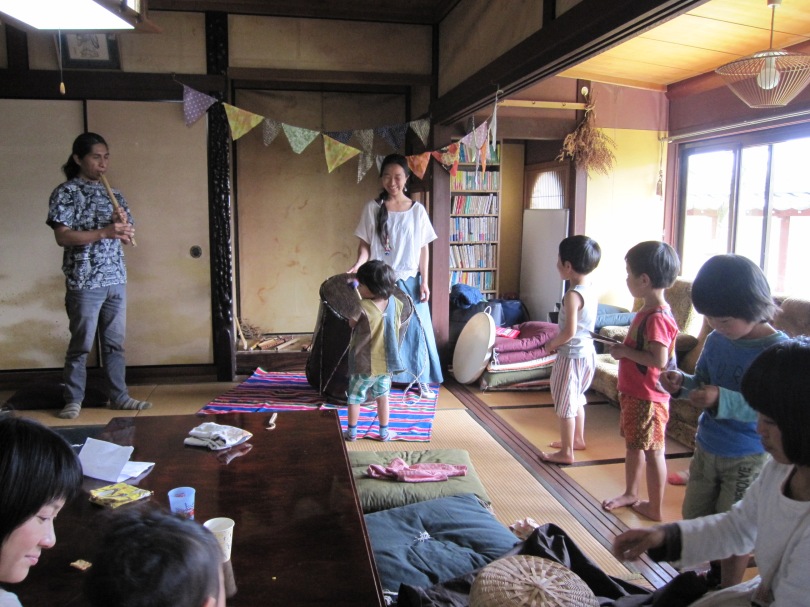 We have held some events, as well, such as organic markets and workshops. 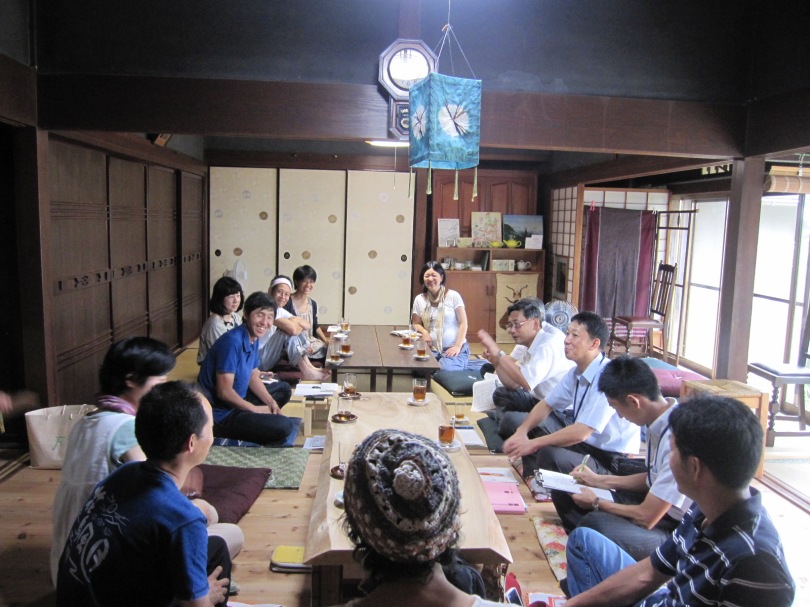 This is a meeting we had with the mayor and the staff members of the town hall. We have a good relationship with the local government and several members of Hino parliament have attended our monthly gatherings.

Some of our members were born and grew up in this town and we have more connections with locals than other similar networks. And yet, as I said in the last post, it isn’t happening enough and we need to expand our network more.

Is it different from an ecovillage?

It depends on the definition of an ecovillage, but I think it is different because we all live in separate households and we are independent from one another. We don’t work together or share meals together. It isn’t an intentional community since we don’t have a common goal or ideology.

Is it different from a transition initiative?

I think it is similar to a transition initiative but we are not a member of the transition network and we don’t have as specific goal as that of transition initiatives. We have a vague goal of making our town sustainable but it isn’t necessarily shared among all members. Some of us are part of the network just because it is nice to have some friends around. We operate in a very easy going manner.