I am reading a book Bokura Wa Chiho De Shiawase Wo Mitsukeru, We Find Our Happiness in the Countryside, written by the editor in chief at SOTOKOTO magazine right now. SOTOKOTO has been promoting concepts of alternative ways of living in the past two decades. It first featured a concept of Slow Life which was derived from Slow Food. Then it introduced a concept of LOHAS which stood for Lifestyles of Health and Sustainability. Both Slow Life and LOHAS became very popular in 2000s, creating big booms.

I was living in Tokyo around that time and saw a lot of young people gathering to community cafes in Shibuya and Daikanyama in their ecological outfits. Sustainability became a fashion and it was incorporated into urban creative culture.

What happened to SOTOKOTO in 2010s?

After 3. 11 2011, it shifted their concepts to Social and Local, and began featuring young people who have moved to the countryside, what I call Satoyama. 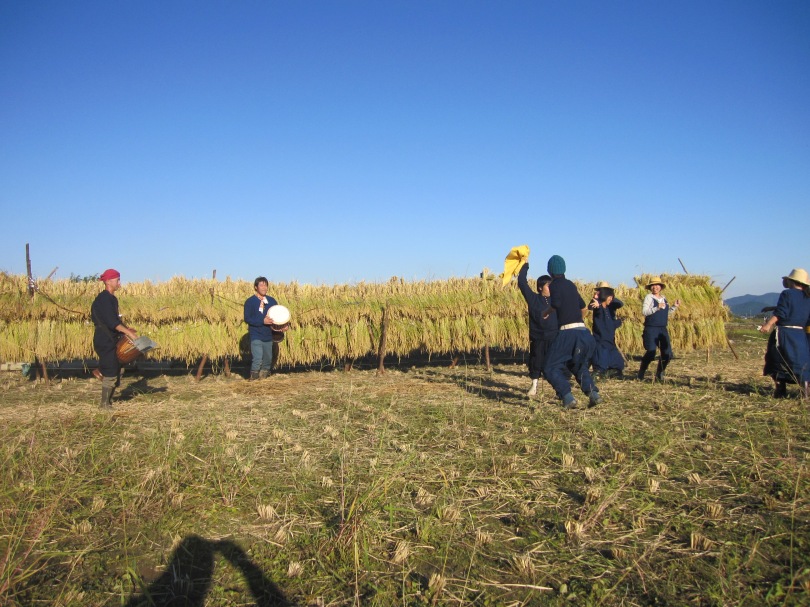 The book I am reading is about this new trend.  A lot of young people are moving to Satoyama from cities and finding their Ikigai. In the past cities such as Tokyo, Osaka, Nogoya, and Fukuoka were the places young people aimed for because they were creative centers and they could find their Ikigai, but now it is more exciting to be in Satoyama.

There is so much room in Satoyama where you can use your creative energy to do something for the community. In big cities, you are one of many, but in Satoyama you can be a local hero.

Is the local network in Hino town different from an ecovillage or a transition initiative?