Another thing the young naturally conscious people brought to Satoyama is liberalism.

Since traditional Satoyama culture is collective and conformed, politically, too, people in Satoyama tend to be conservative. It is clear from the fact that the Liberal Democratic Party which is the conservative wing in Japanese politics despite its name has been getting the biggest support in the countryside, while the Japanese Communist Party or Social Democratic Party which are the liberal wings have gained more support in cities.

However, these naturally conscious new comers tend to be more liberal since they are usually against nuclear power stations and wars, and they demand equal rights for women, diversity in education, and more funding in social welfare.

Young naturally conscious people tend to be liberal in general, and yet some of them are not interested in politics as they don’t feel they can change the world through politics, but the people in Shiga Prefecture are usually politically active. Gatherings called Kurashi to Seiji Cafe, which means life and politics cafe are often held and people discuss politics in casual settings. 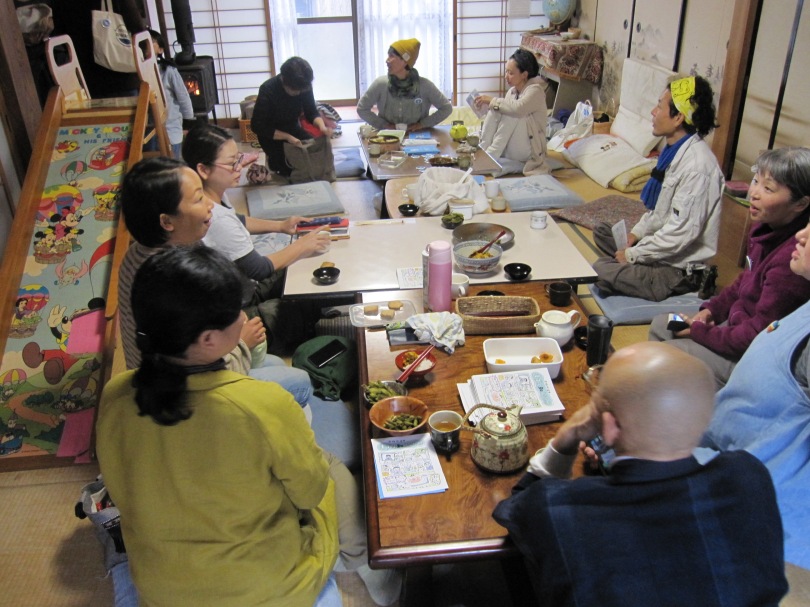 They usually sit together with coffee and some food and share how each person feels. Yes, it isn’t just a space for discussion, it is a space to share your feelings, as well.

Some of them were inspired by Yohei Miyake who ran for upper house elections in 2013 and 2016.

He stimulated a lot of young people who were rather apathetic about politics to become conscious that their lives and politics are deeply connected.

Kurashi to Seiji Cafe began in Shiga at the gubernatorial election in 2014, which helped the liberal candidate win.

In many ways, Satoyama is changing rapidly by adding the elements to make people happy to the original elements of health, longevity, and sustainability.

Visiting the Land of Omi-merchants Part 5: Shiga, the Environmental Capital of Japan