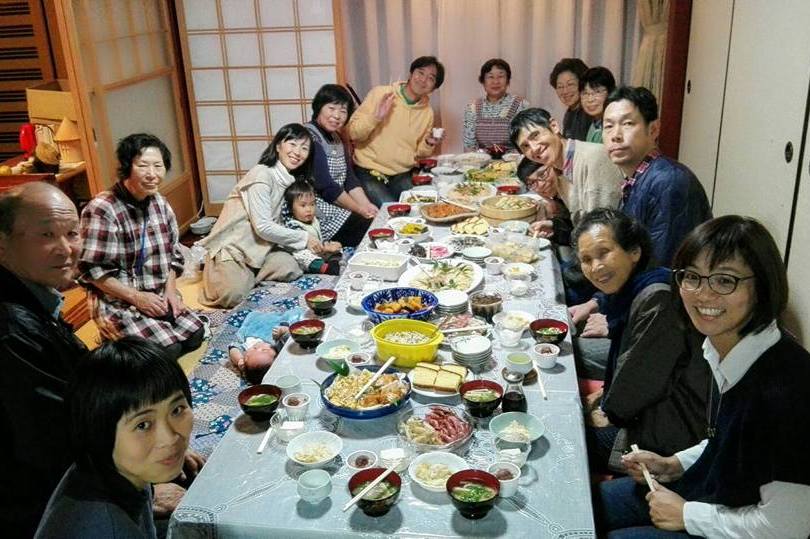 Hino town in Shiga prefecture where I live is becoming a happening place. It is the birthplace of Omi-Hino-merchants, and now many people are moving into this town. The population of new comers is increasing every year.

Many of the new comers are leading a so-called Han-No-Han-X lifestyle, half farming half something else. It is a sustainable lifestyle based on Satoyama; growing food organically, using wood in the mountains for fire or carpentry work, and making traditional fermented food such as miso and pickles.

We are forming a local network to communicate with one another, too. And recently we are reaching out to locals, as well, which doesn’t usually happen so much in other places.

Local people tend to be not interested in organic life, partly because they grew up with it. It is a lifestyle their grand parents were leading and therefore it is old and not trendy at all to them; they are more attracted to a modern urban lifestyle.

However, there is one thing in common between the two groups; we both love our town and want to revitalize our town. More and more local people are starting to realize that the traditional organic culture based on Satoyama is the magnet to attract new comers and it is the treasure of our town.

They began to relearn organic farming or traditional way of fermenting food, and you know what? They do it better than the new comers: It is ingrained in them; they have inherited it from their ancestors.

The new comers can bring in new air and the locals can polish it with their down-to-earth skills: Together, we can create a new trendition( trend ＋ tradition) to change the nation from the countryside.

There is going to be a local and organic market called Hinomaru Market at Matsuo Park (next to the town hall) in Hino town this Sunday, the 19th.

I am giving a 2-day workshop in Japanese on December 2nd and 3rd.